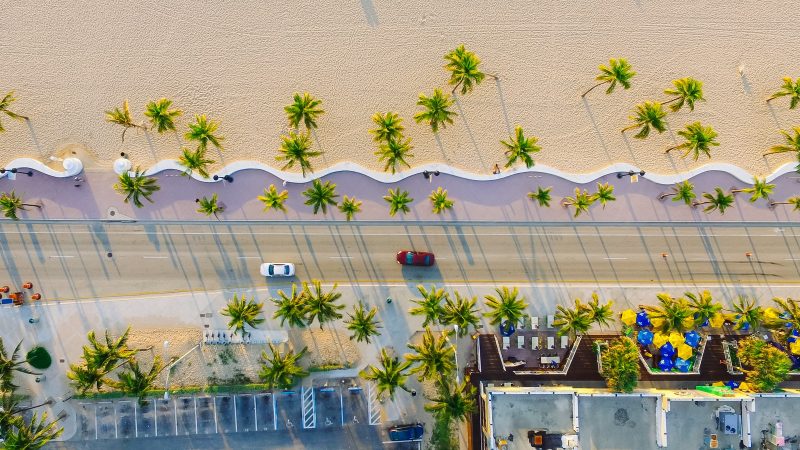 The Sunshine State is visited by over 100 million vacationers each year attracted by the promise of golden beaches and beautiful hot weather. This is nothing new because people have been coming to Florida for decades either to move down permanently to this sunny location or to take a vacation.

In the 1940s Florida was the least populous State in the South but now it is one of the highest populated States in the USA. It is home to 20 million residents plus the 100 million visitors all crammed into a 40 mile strip of land boarded by the ocean and Interstate 4.

This massive population explosion carried out in living memory has created a lot of tension as well as changing the physical landscape as suburbs have encroached on previously wild forests and swamplands.

So why is Florida so weird if it is so popular as a resort state?

Sooner or later, everyone comes to Florida.  It is the location of the biggest retirement village in the world. It is also the place where people come to leave the past behind and start over.  From Donald Trump in his Mar y Largo estate, to the NY dentist in his golf buggy, plus a large number of tricksters looking for easy prey, Florida is the number one destination for weird stuff.  Charles Ponzi fled to Florida following his financial scams and got involved with real estate scams in Florida.

According to Craig Pittman , the author of “ Oh Florida How America’s Weirdest State Influences the rest of the Country “in an interview with National Geographic magazine, the state is like a petrie dish with many different life forms all crammed into the same small area.

Why Florida is so weird has been noted since the 1940s – because the sunshine state is home to some seriously weird stuff both in the natural and man-made world.

The local press is always filled with weird animal stories such as people being attacked by flamingos or squirrels. The post offices are always being hit by seniors in car accidents, there are sink holes, and everyone carries a concealed weapon – the state has the highest rate of gun ownership in the world.

None of this is anything new. Back in a 1948 article about Florida written by Lawrence P. Lessing he reported that, “Florida is a study in abnormal psychology, useful in signalling the hidden derangements of the national mood.”

This means that if Florida really is as weird as everyone says it is, the rest of the US is likely to follow. However the residents of Florida don’t really care what anyone thinks of their state. They enjoy 365 days of good weather and tend to enjoy the unpredictability of this outdoors life style where everything takes place in public, rather than hidden away behind closed doors.